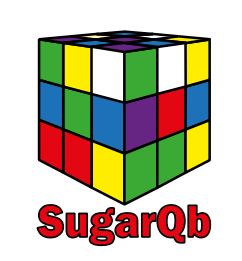 I've had to sit on this one for a couple of days. This is a dilemma for me (despite the fact it took me 10 tries before Google was satisfied with my spelling of the word "dilemma." Not one "n". At all. )

This is it: I LOVE Byonic. Love it. It doesn't show up on the blog a lot, but I think it is some of the best software we've ever seen for proteomics. It has been pigeon-holed (which apparently is a term) as a glycoproteomics tool -- and maybe that alone. It is, however, a REALLY good proteomics search engine. It is, {also} however, a commercial product and not every lab can afford the $7k USD or so for it. {Am I allowed to say that? Guess we'll find out...}

Now -- I'd seen some posters online that suggested that my friends at IMP had glycoproteomics tools in the works. This is good for all of us, because to date, IMP has never charged anyone for a piece of software. They are even responsible for the fact there is a free functional version of Proteome Discoverer (which is, btw, off-the-charts awesome! Have I shown data yet? Man, I need some free time -- glad my vacation starts in 42 hours!)

I forgot what I was talking about. And I don't care. But check this out! 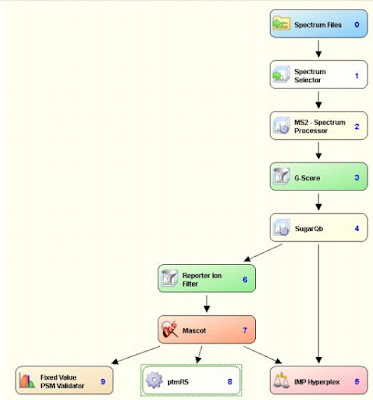 Ummm....is that a free glycoproteomics workflow running in Proteome Discoverer 1.4? Yeah...it totally is...and it's no joke. It is seriously amazingly -- like -- I don't want to admit how good it is -- good. 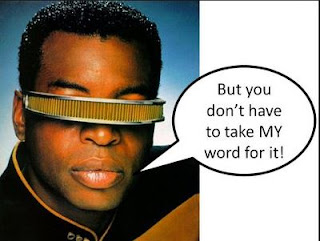 (Did you know Lavar can't say that phrase out loud due to a court order? He can't. If I ever met him, I'd still try really hard to trick him into saying it. I have scenarios planned and everything...)

More importantly to this conversation -- is this new Nature Letter article --

Where they utilize SugarQb to uncover new glycosylation events that occur in exposure to Ricin. This is totally cool, for sure, we should figure out how Ricin works in case we make Walter White mad or something. But SugarQb can be applied to any acquired proteomics data and any biological problem -- where we know the glycosylation pathway of interest -- or not.

You can get SugarQb at the revamped pd-nodes.org. As far as I can tell, it currently only installs in PD 1.4, but I haven't tried moving the .DLLs over yet.  I'll let you know.