An outstanding application of MHC peptidomics in Nature! 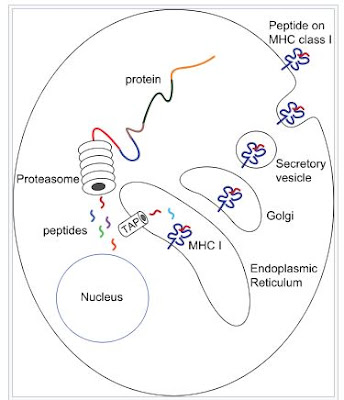 The analysis of MHC peptides has been going on for quite a while -- most notably in cancer research, but we've seen this mechanism evaluated in other diseases as well.

This new paper in Nature is a great study showing where the cutting edge is right now!

Instead, I'm going to stick to what I know here.

The authors use a series of genomics technologies but supplement them with studying the cell surface peptides using an Orbitrap Elite and processing the data with Sequest and PEAKS. They also do deep proteomics on the cells. They discover something that is really biologically interesting to them AND some Nature reviewers (...ugh...seriously, Ben...that's the best you can do here...?)

I'll be honest -- I really just wanted some peptidomics RAW files to test an idea out on this morning -- gotta get this thing queued up before I go to work -- and a new paper on MHCs that made it into Nature seems like a pretty good place to start!

And they're OT Elite, so they're relatively small!
Posted by Ben