Party is over -- guidelines for single cell proteomics! 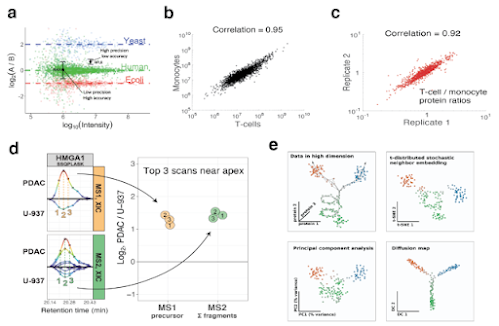 What does an exciting new field that is rapidly evolving need? Probably a bunch of old people making rules about how and where it should go next! Check this out! 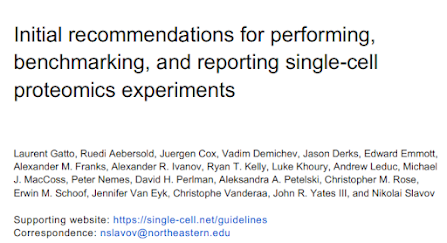 This one is tarnished a little by the fact that they've slipped in some people on this who are younger than I am. I've got a USB drive full of Golden Girl gifs (GGgs) that I thought I was going to get to break out here.
(Edit: If you don't know me and the GG reference doesn't tip you off, and you just see a profile pic of me that hasn't been updated in....a while....this is one of the jokes, fellow kids. I'm well above the median of this list and I may wear shoes to work today that are likely older than some of these authors).
What I'm going to break out instead is a metaphor (or analogy, I forget which is what).

Imagine some prominent aptamer research center somewhere that has been just tearing that field up for the last 20 years. They can make DNA oligomers that can bind to just about anything. In the aptamer field this group is right up there with the 5 best groups in the world. All the grants coming their way allow them to pick up their first mass spectrometer so they can check that the masses of their products make sense without sending them out, and they go with a nice ESI ion trap system. After they get used to running this thing, someone brings in an aptamer binding reaction that doesn't make any sense with their traditional assays and they decide to infuse it on the ion trap. What they see is more than one compound and they can't really tell what is going on, it's too complicated, so someone gets the crazy idea of coupling an HPLC to that ion trap to reduce the complexity. It turns out that DNA oligomer made in that new organism (I dunno) has a big mass discrepancy, so these researchers dial in their chromatography and fragment that ion. Get this: What they see is a bunch of ions that correspond to amino acid masses, and if they were in a perfectly linear chain, the masses only line up if the exact same bond (!!) was broken at every amino acid. Shine up that Nobel Prize, because what they find is that a whole lot of their old aptamer things that were discarded actually have these long linear amino acid chains stuck to them. Unbelievably, they can work out EVERY one of them now because these amino acid chains all fragment the exact same way.

Now we'll step out of this scenario and back to you, strange person who has read this far:

Imagine how excited you are going to be when Science Magazine's Aptamer Research Journal (SMARJ) and other leading papers in the field publishes twenty five papers (18 of them are reviews from the guy who supervised the guy who first ran the ion trap) that drop in a 2 year period. Linear amino acid chain identification by vacuum chamber accelerated breakage coupled to reversed phase liquid based separation of reacted aptamer products (LAACIbVCABcRpLbS_RAP) is even making mainstream news. Oh crap. They've even got software that can semi-automatically figure out the order of those amino acids now and it's in one-word Nature! Boom. Paper. Boom. Paper. It is 2022 and Ion Trap sales are off the charts. Every aptamer researcher in the world needs their own because LAACIbVCABcRpLbS_RAP is the future of medicine and environmental research.

And then all those top aptamer researchers in the world get together and start releasing community guidelines. They even indicate in those guidelines that they know that proteomics exists. Heck, they're even thinking about some of the proteomics data (while, of course, focusing almost entirely on how much better LAACIbVCABcRpLbS_RAP is than the Excel sheets of proteomics data they pulled from the supplemental info of a couple of PLOS papers that are making the rounds in their circles).

Now, assuming that this rambling metaphor has anything at all to do with whatever I started talking about, I should note that this group is still taking suggestions! You can add your community guidelines and recommendations to LAACIbVCABcRpLbS_RAP, wait, I mean, single cell proteomics, at this cool site here: https://single-cell.net/guidelines 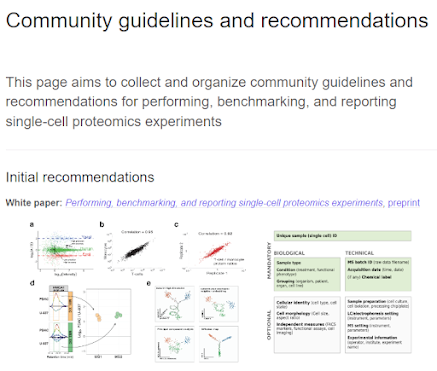 Of course, there is absolutely nothing stopping someone who has completed one of the thousands of successful single cell sequencing studies from contributing to these guidelines. Heck, experts from a reasonably mature, standardized, well-accepted, and incredibly impactful field of science might even have some interesting input from their last 20 years of successes into a field that literally didn't exist 5 years ago. And I really have to wonder if all the noise we're making makes us seem like we should type a little less and listen a little more. (The irony of who typed that sentence is, by far, my second favorite part of this entire post).