Preparing single cells for proteomics -- count all the ways! 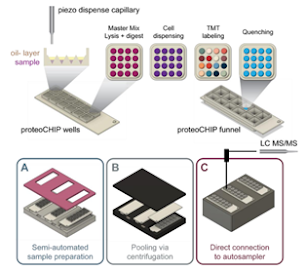 Single cell proteomics is kind of a hot topic right now, I guess! If you're one of the many people who seem interested in this, I'd like to throw just a tiny bit of caution your direction. You should be prepared for the worst sample prep you've ever experienced. I started doing SCoPE-MS at a company (that shall not be named) a have a couple hundred garbage RAW files to show for it before I got my first files that I'd ever consider showing anyone. Actually, after a fun conversation with a friend yesterday where we discussed her sending single cell requests my way and I'll send MHC stuff her way, I might back up and say -- MHC peptides might actually be worse, depending on how you do it, but single cell prep still sucks. But solutions are coming!
Want the best possible single cell data? Get out that checkbook because you're going to need to drop some serious cash. I bought an LCMS, GCMS, and ICPMS bundle last year (COVID discount special) and that cost just about the same as the --- 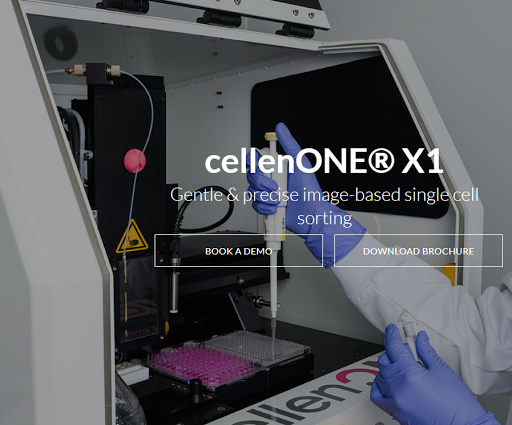 Which was used recently in these two amazing new preprints!

What's cool here (maybe?) is that these both use very different strategies on the same expensive robot system. The first preprint from Hartlmayer and Ctortecka et al., shows the development of the ProteoChip which is so insanely smart that of course it is a commercial product that we'll probably see in July.
Briefly, the cells are placed under an oil layer. The lysis buffer, trypsin, (if applicable) TMT reagent, and quenching are all dropped onto the oil and they sink to below the oil to do their respective jobs. The oil keeps these tiny amounts of solutions from evaporating. And...get this...the oil selected solidifies at autosampler temperatures, so you don't have to worry about pulling it up, because you can load directly from the ProteoChip into your autosampler. The weakness (in my hands at least) is that it does require a trapping step and if I run a trap column for single cell (especially a PepMap...gross...what they use here...[only shouting it out because this team in Vienna inspired me to ditch PepMap when I visited a few years ago]) my signal falls off a cliff.
It's less of a problem here, I guess, because the signal is INCREDIBLE. The instrument in use is a FAIMS equipped Exploris 480. With no bioinformagics at all (a lot should be applied to single cell) I'm getting 700+ protein IDs from 80 minute runs when I reprocess their individual data files. That's crazy good. The US West Coast single cell crowd (Kelly and Payne labs) have gotten comparable, if not better numbers, but using much longer gradients and sample prep methods that...well....

There is a clearly an X factor in this method. CellenOne has realized that mass spec people are used to writing justifications of....

...so these chips might cost a Toyota Corolla each. Who knows? And they aren't out yet.
As usual, Slavov lab has something open and approachable... on the same platform! 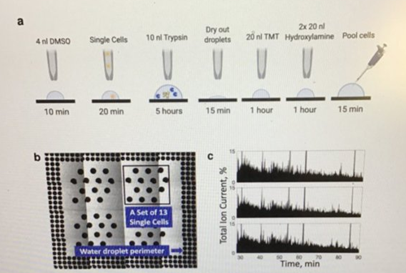 It turns out that DMSO is harder to evaporate at room temperature! And we know it doesn't interfere with us downstream too much (just please please please use LCMS grade DMSO, Pierce sells it. Just about every case of "DMSO in my running buffer on one instrument caused so much contamination that instruments 3 floors down were also contaminated" that I've been involved in can be traced back to cell culture grade DMSO on a mass spec. I'm definitely guilty of this whole "it's only 5% of the running buffer...oh...no....")
It is worth noting, y'all, that the CellenOne is not the only option. Most of the great data we've seen out of NorthEastern and their Q Exactive Classics before April's preprint has come off of a little liquid handler called a MANTIS. And 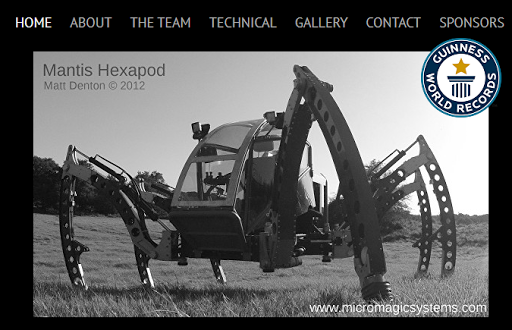 ...if you google it, you'll find that thing.....still cool...but what you want is something else...probably..? I mean...whatever that is looks kind of awesome. But here is a link to what you're actually looking for. And my quote is closer to an average NanoLC (about half an EvoSep). EDIT: Someone was trying to talk me out of buying an EvoSep, I guess. It isn't more expensive than any other NanoLC from a major vendor if you buy it outside of an LCMS instrument bundle, it's just about the price of the Porsche GT4.
What we have at Hopkins is half a CellenOne. Our department has a SciFlex Arrayer S3, which is the liquid handler side of the CellenOne (same company) without the sorter. Our single cell RNASeq core is under a 1 minute walk from where our robot is, and sorting 2,000 cells costs us $120 when performed by a guy with 20+ years of experience sorting out single cells, so we can go with a half priced setup. There are options out there! You might also have some famous sorting wizard within easy reach!
I'm aware I just briefly touched on NanoPots and those things and they're clearly options. Kelly lab recently did some super smart stuff by modifying an OpenTrons and you should definitely check that out, but I've got lab meeting coming up!
Posted by Ben