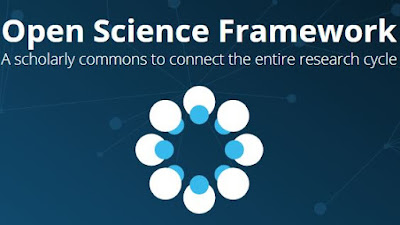 I was just made aware of the OSF recently -- when the best genome I've been able to find for a project we're working on was posted solely through this interesting/crazy mechanism.

You can check this out here.

I may get the details wrong but this is how I understand it.

1) Everything is posted on blockchain. You've heard of it, but probably wondered how the heck it might be useful? They use blockchain to host the drafts AND the reviewer comments.

3) The reviewers appear to be paid for doing the reviews. "Paid" might mean imaginary internet points or cryptocurrencies that might have value today and not tomorrow. I don't know, but I feel like DASH has been around for quite a while now, though I've never investigated nor invested in that one myself. I learned my lesson with Garlicoin. ($1.14 I may never smell again...)

4) I got a full genome from this blockchain resource. No joke. If you haven't messed with the "next gen" sequencing data stuff you probably don't know how secret this stuff appears to be sometimes. A lot of time you need to know someone to get access. Sure, NCBI hosts the stuff that has been re-analyzed 50 times, but the new stuff? They often aren't open the way proteomics most typically is. Some of it is patient access stuff (pretty easy to figure out who someone is by genetics) but a lot of it is the lack of infrastructure. The Open Science Framework appears to have that infrastructure!
Posted by Ben