Time to justify that Virtual Reality gaming rig you've been thinking about! 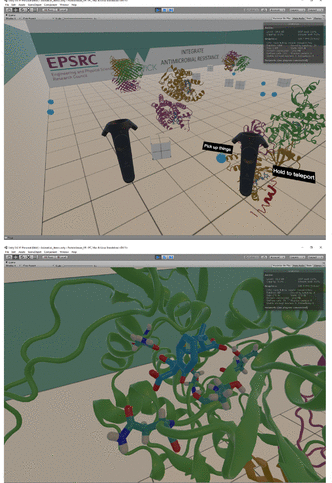 Sometimes we need to ride some coattails to move science forward. Case in point?

First of all -- there is an entire journal called "Computer-Aided Molecular Design" !?!?

Second --- you might also be mostly aware that VR headsets are out there from videos of how stupid people look while playing games with them....

Okay -- but what if you could take one of these things and with shockingly little code, that is freely available here, use these things to immerse yourself in protein structures from the immense PDB databases all those weird structural people are already uploading?

The better the PBD structure present (newer ones tend to have way more snapshots of the protein from different angles) the better this all works, but if you can't seem to sort out those protein interactions, maybe a visual/pseudo kinesthetic approach will help you get that breakthrough!
Posted by Ben