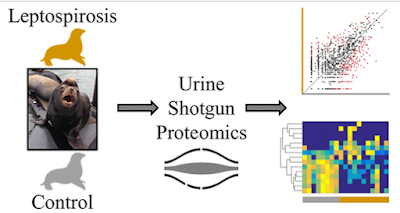 I have a tendency to give people a really hard time for animal models. Or Arabidopsis. I understand these things have uses, I'm mostly just annoyed when people use these models unnecessarily -- or deceptively. Veterinary medicine is woefully behind a lot of other sciences. Maybe our technologies can do something about it?

Proteomics to the rescue! 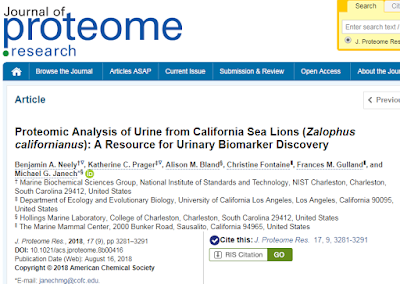 Okay -- so some lucky person on this team got to collect urine from almost 20 sea lions. 11 of them were sick. What has to be more fun than collecting sea lion pee? Collecting it from one that doesn't feel well! Dedication to your craft, FTW!

Discovery based LC-MS was used on a Tribrid and found nearly 3,000 proteins. Which made me almost try to find out how many proteins are normally found in urine. That sounds like a lot, right? And a number of obvious differential protein biomarkers. The others mention in the paper that this bacteria affects a lot of other sea mammals and they decided something with the word LION in it's name was a better place to start than a cuddly otter.

While looking this group up I also stumbled on something else they're working on something ridiculously cool  --- the CoMPaRE (excuse capitalization) program. 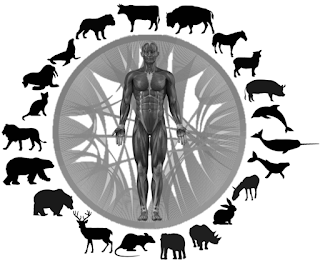 What can we learn from Comparative Proteomics across mammals?  (I don't even know what half those animals even are!) I'm guessing a lot, and I bet that data mining is going to be a lot of fun!