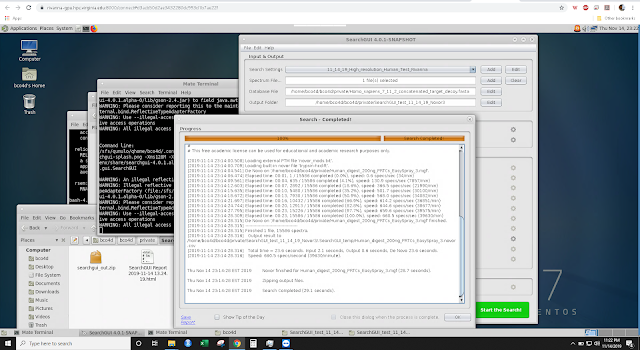 I think I just successfully convinced @SpecInformatics to throw in on a study where we try to do ALL THE PROTEOMICS THINGS on High Performance Computing.

CompOmics FTW! The amazing people at the UVA HPC were easily able to set up an Anaconda module and -- BOOM -- SearchGUI.

Interesting thing I forgot 2 Linux boxes ago -- or honestly didn't know -- while SearchGUI installs your 10 search engines with the Windows install package, they might not automatically install in the Linux versions.  Okay -- but this is can be a huge advantage.

Wait -- you know about SearchGUI. I ramble about it all the time. Okay -- if you don't -- SearchGUI is this amazing idea from a bunch of smart Belgish(?) people? who said -- wow, there are a lot of amazing search engines out there for free but most of them are a pain in the arse to set up and use, so people using one aren't going to have the energy to set up the others. Can we fix this? Oh...and choosing just one is dumb....let's fix that too!"  And you get --- 10 engines you've heard of -- in a super easy interface! 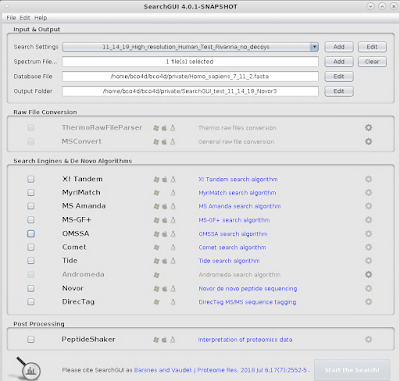 (I was only running with decoy search off because I was trying to troubleshoot something odd.)

It's an amazing bit of convenience and power that you can get here. I can't recommend it enough. I even started making tutorial videos for it a couple years ago and forgot it completely. Maybe I'll finish them later! My calendar says there is some free time coming up in August of 2024.

Can you imagine how much work it would be for this group to keep up in the improvements of each of these engines? They do a great job, but the awesome Comet engine has had at least 2 updates since ASMS 2019, which I'm convinced was yesterday. 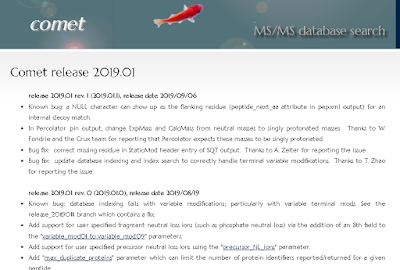 I don't know how to do it yet, but it looks like I can just get going with the newest version! Success!!

Right now I've just got Novor and DirecTag going -- because if you've got 100,000 computational core hours and you don't go after de novo first you probably don't need it. I always need de novo!

How long does this HPC need to NovoR + DirecTag search a human Hela MGF file from 200ng from a QE HF?  (I've got ProteoWizard, I've just got to get it set up properly so it will accept .RAW and .d) 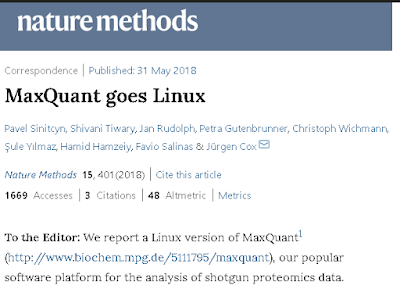