Detection of bacterial pathogen peptides in swabs with LCMS! 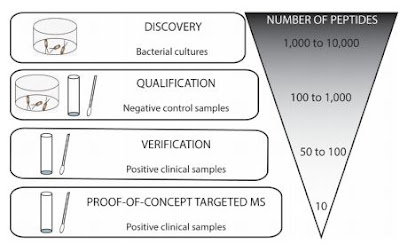 Wait. Maybe this is the paper that kicked off all the twitter conversations before I woke up this morning and my brain didn't make the connections till after the espresso kicked in, I was in the methods, and half the files had downloaded. This paper is here, open, and fantastic.

First thing to clear is that these are all bacterial pathogens. Haemophilus influenzae is a bacteria and is not at all related to influenza viruses. I bet the names just go back to the symptoms. I'm going to put in a picture so the post has some color! 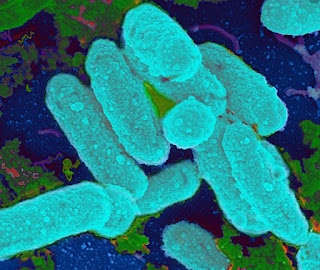 What did they do?

They grew up the pathogens in culture and did discovery proteomics.
They used this data to find the very best targets
They developed PRMs (Q Exactive HF)
Then they used those PRMs to see if they could find those peptides in clinical samples taken from swabs!!

Now, here is the kicker. They used NanoLC and 50 minute gradients.

In my home state of West Virginia where people are being told a minimum of 3 days before they'll find out if they test positive for COVID-19 (once they prove, without a shadow of a doubt that they have symptoms, were in contact with someone who tested positive AND are willing to go to the media in frustration to try and get testing) a 50 minute assays probably seems pretty damned fast for a pathogen diagnostic.

Again -- COVID-19 is a virus. These are bacteria, I'm just making a comparison here.

Okay -- I don't have all the files, but this is interesting. They appear to have utilized what I'd call an "enriched DDA" approach as well. Someone had a clever name for it a few years back, and maybe that's what it was and I stole it. I forget.

In this method you have a targeted list that you put in and you use regular ol' DDA. If the instrument sees the peptides on your inclusion list in the MS1 scan within the limits that you give it, it preferentially selects them for fragmentation.

If it doesn't see them, it keeps on doing normal DDA. 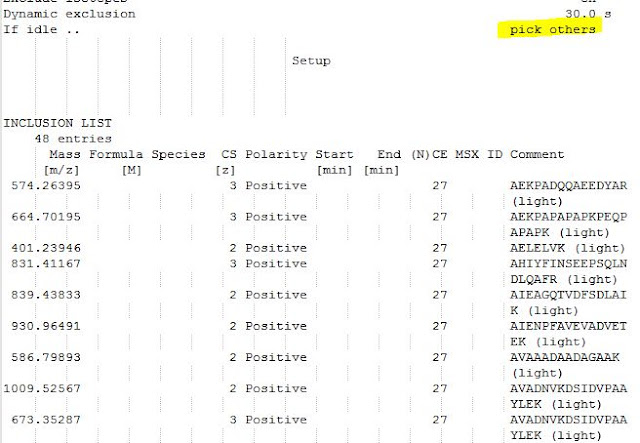 This can be super powerful, but when I've seen this not work as planned, the typical culprit is that an in silico selection of targets gives you the monoisotopic. 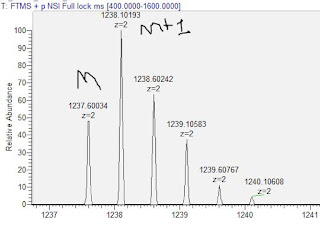 For bigger peptides, that 0.1% of the carbons being C-13 adds up. Even here at ~2500, the monoisotopic isn't the best peak to pick. As you increase in size the monoisotopic will become a less attractive target for high res triggering.

By using the experimental data to pick their targets, they avoid this common in-silico hurdle.