Proteoforms as the next (and most important?) proteomics currency! 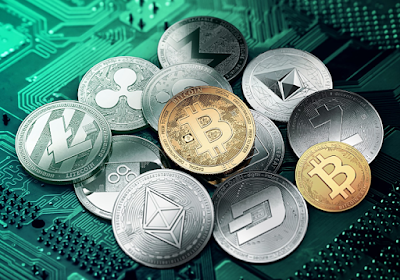 Currencies have been in the news a lot lately -- mostly thanks to the newfound public awareness of so called "cryptocurrencies" like Bitcoin. Some of the most interesting questions have been why things like the Dollar have value while unique 256 bit alphanumeric codes permanently preserved on a decentralized global network do not. Or, more recently, since people are agreeing that they do -- how many dollars they could be worth.

This short note in Science today makes me think there are plenty of parallels in the idea that -omics is similar to dealing in currencies. The authors summarize some of the mounting evidence that if we aren't focusing on proteins at the proteoform level -- we might be missing the most important aspects of how proteins regulate cells.

I'm feeling thoughtful and rambly -- so what about this question?

We know that the RNA quantitative level doesn't correlate well with the amount of a protein that is present. Does that mean the RNA level present isn't useful information? My wife probably won't read this but just in case I'm going to say "of course not. RNA quantification is definitely still important".

But if you had the choice -- regardless of what your background is I think that in most situations every researcher would rather know how much of the protein was present in a cell over the amount of DNA/RNA present.  I'd argue that is the reason why there are so many western blots in genetics studies for "validation" of their observations.

With shotgun proteomics, we have to do a global analysis, a phospho enrichment, and likely a glycopeptide enrichment -- and for the PTMs we have to trust quan with just one (probably poorly ionizing) peptide measurement. I think every researcher in the world would want the proteoform level quantification.

Unfortunately -- I picked kind of a poor example because it's around 44kDa -- and its still currently pretty hard with the instruments most labs have to do global proteoform analysis with proteins over 40kDa, but it has been getting easier every generation of instruments!

Now here is the big question, I think. Say your Q Exactive can only get you global quantitative proteoform analysis of the proteins in your tissue up to 30kDa. What is more biologically relevant to your disease state? The small protein proteoform analysis, or the relative quantification of 1 or more peptides from 30-70% of the proteins present in your sample of interest and the complete loss of information of what proteoforms those peptides came from?

Holy cow -- there might be such a thing as too much coffee for me -- but it's an interesting idea, right? When we can realize the proteoform currency, this little note might be like Satoshi's whitepaper -- hopefully less like the guy who spent 10,000 bitcoins on a pizza delivery.