ANN-Solo returns with a GUI and GPU processing!!

Okay -- there are still some downsides to ANN-Solo in my mind, but they're mostly because I'm old and dumb. Here is an older post I made on this great software.

Downsides -- Python. The world's most approachable powerful coding software. You need to use it. If you've got neuroplasticity left you can probably learn it in an afternoon. Mine's all used up.  Fortunately I have Python experts around my lab! Two all the time and 3 on Thursdays!

Downsides -- Linux. Wait. You can use OS-X? Is that what Macintosh uses? I forget.

What am I rambling about? This new preprint featuring the return of ANN-Solo with even more power (and a GUI)

Want a reason to get a Linus NumPy things all set up on something in your office?!?!

5.6 milliseconds to search an MS/MS spectrum against a spectral library! To get this fast, there is a catch, though, you have to use a Graphics Processing Unit (GPU).

GPU data processing isn't new. My old Waters Q-TOF used it 7 years ago. You can buy at least one commercial data package that uses it, and I think Darryl Pappin was messing around with them quite a while ago.

GPUs have TONS of cores. My 1080TI in the PC I'm typing this on has 3584 cores (they're called CUDA cores). Compare this to my CPU that has 20 cores or threads or so. However, each CUDA core in a GPU is weak and dumb and only capable of doing small tasks, like controlling a few pixels in a video game or performing the same dumb math problem over and over again in order to try and construct a block to win you a BitCoin. They have another big downside, as well, in that if you exceed what they can do, they aren't smart enough to stop the code. They "overflow" or something and the little core outputs gibberish.

ANN-Solo breaks high resolution data files into tiny little parts so that each little core only has to do a little -- then you can use the thousands of available cores to tear through files.  Compared to a decent CPU, they drop the time to process IPRG2012 data from 50 minutes to 6 minutes.

Have you seen some press releases at your university or facility talking about the "17 zillion (insert fake sounding number here) cores at the new High Performance Computing Thingy" that anyone an have access to? I bet you have.

Have you tried to use it? Were you surprised when someone complained that you used 48 cores for 24 hours and wondered what's up?  They're probably talking about CUDA cores and they probably don't actually have all that many of the cores that your software uses.

I bet the details are in the paper. I dunno, but in general you can link GPU after GPU together. What if ANN-Solo is the way to use all that HPC stuff? How cool would that be? And that's why I'm excited... 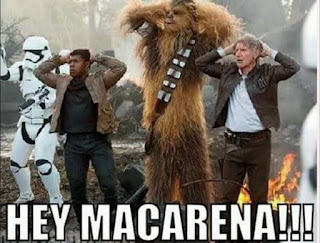