Proteomic investigation of the effects of methamphetamine 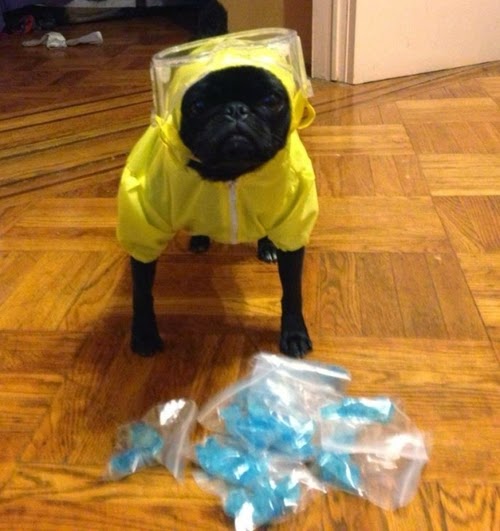 Methamphetamine (METH) was the subject of the amazing AMC series, Breaking Bad. It is an awful compound that has been growing in use, particularly in rural areas. It is a big problem around my home town and seems to be worse every time I go there.

We probably all have a feel for how it works.  Like most stimulants, METH looks a little bit, structurally, like one of our natural neuro- happy compounds.  It binds there instead of the natural compound and induces euphoria or something.  Since these receptors are occupied, your body down-regulates production of the natural happy chemicals and when you are out of METH you're sad and lethargic and probably addicted. There are dozens of compounds over the last century that have worked this way, and most of them are illegal, but METH seems more sinister (Google "before and after" meth photos...or don't, its pretty gross).

Travis Wearne et al., out of Macquarie University decided to take a proteomic look at what is going on in the mammalian brain after chronic METH exposure (described in this paper in JPR).  They repeatedly exposed mice to METH, took out their brains and compared them to control mice. I hope I'm not the only one who is super curious as to the behavior of mice on METH (bouncing off cages? trying to steal ATMs?).  They set up a method to measure this by putting motion sensors in the cages. Unfortunately, they don't really go into these results that I can find.

For the comparative proteomic analysis, they use an LTQ and spectral counting and the Scrappy analysis program to determine up and down- regulation.

End results?  Tons of messed up brain proteins. When I pulled this paper up, I seriously assumed it was going to be a phospho- analysis, which I would associate with short term effects.  You are actually changing the regulation of protein levels with this drug?  Holy cow.  Even worse?  When they look at the proteins that are differentially regulated via Ingenuity Pathway Analysis, they have a huge overlap with genes that we know are messed up in people with schizophrenia...

This is a nice little study that really pounds home how messed up this drug is.