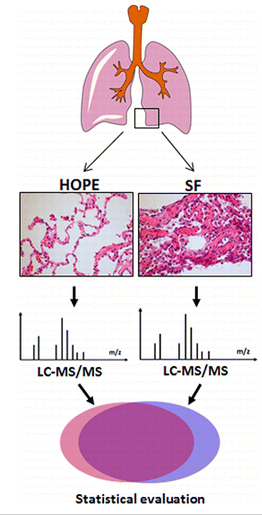 Have you ever seen a big tissue repository?  I saw one at Hopkins during my postdoc.  It is such an extremely valuable resource to have a chronologically frozen slice of history.  Cancer cell lines are going to change through passages.  We all know it and there just isn't anything we can do about it, cause we know they are still useful and convenient.  Sometimes the genes/proteins of interest don't change through passaging, just other things you don't care about.

Fixed tissues?  Those are forever!  The problem, however, is that most fixation methods crosslink everything.  This makes things tough for us, but there are cool ways around it for us thanks to methods such as FFPE-FASP and about a dozen others.  Formalin fixation is EXTREMELY bad for our friends in the genomics world.  They need their DNA/RNA functional to some extent.

A few years ago, people worried about such things started working with alternative fixation methods. Brian Dunphy patented several that are used extensively in countries where formaldehyde has been banned for years.  Recently, many European hospitals have moved to a reagent called HOPE.  HOPE has been shown to be compatible with many histological assays, recently did great with even RNA-Seq.  In this new paper at JPR, an international team shows that they can take HOPE preserved tissues and get the same number of peptide and, way more impressively, phosphopeptide IDs as they can with flash frozen tissue.

So maybe we've landed on the golden method that will work for everybody!  Doing this stuff?  I'd check this paper out!
Posted by Ben