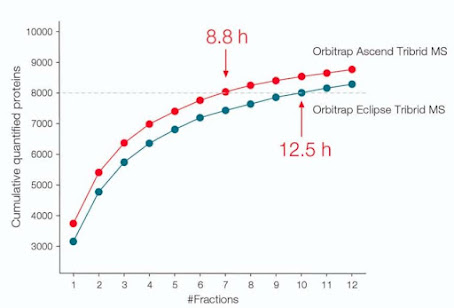 As I'm looking over mostly completed blog posts and wondering why I didn't submit them, or removing completely unrelated gifs that make less sense than the ones I typically insert, I refreshed on the Orbitrap Assend official site and found tons of cool new information! (Working at a level that probably doesn't make sense in any possible way right now).

This is old news for any of you lucky people who were in Maastricht, but for those of us waiting on the edge of our seats for every little Assend leak to trickle out, this big drop of information finally puts the hardware in perspective.

There is a reeally cool little video at the bottom of the page with some gripping piano music that shows the whole ion movement from beginning to end for a typical data dependent experiment.

(Please see disclaimers over there --> as always, I'm just trying to help get information out there!) 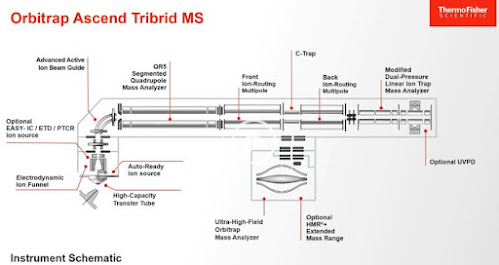 Based on the architecture itself and what has been publicly released, the performance gains reported by Gygi Lab and Coon Lab are much better than I was expecting. This suggests to me that the obvious new fetures added (like a whole new multipole) aren't the whole story. There is likely some additional efficiency gains here and there.

Honestly, on paper, I never expected the Fusion 3 Eclipse to be a big step up from the Fusion 2 for data dependent shotgun proteomics (I thought it was just for intacts and they'd kind of forgot about the DDA crowd), but when you actually process the data I have been impressed by the step up. It is easy to forget how complex modern instruments are and how little much little improvements like slightly reducing a gating time can lead to big improvements.