CIDer -- Account for the differences between CID and HCD! 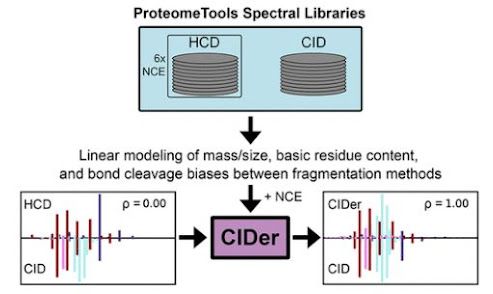 Were you comfortably just sitting there pretending that CID and HCD fragmentation were the same until someone worked it out for you? So was I! Shame on both of us.

Well, they clearly are not the same. Yes, they both predominantly result in b/y ion fragmentations when hitting nice unmodified tryptic peptides, but you don't have to go too far off those friendly ions before it is clear they are very different.

I'm comfortable saying this now because these nice people worked it out.