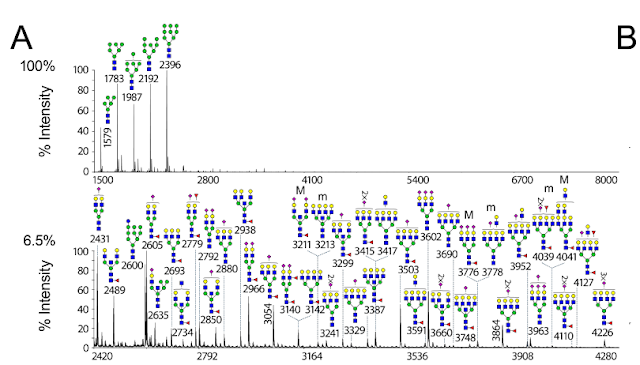 Glycoproteomics is rapidly massively evolving right now, everyone. It seems like every week some reason that makes glycoproteomics an awful and terrible thing to do with your life is solved -- or, at least, mitigated...

Next addition? Selective labeling of O-GalNac! 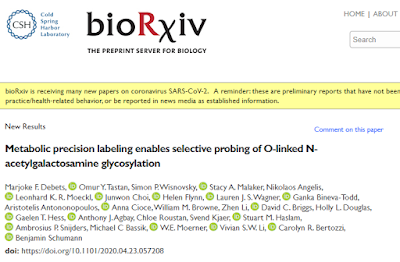 It is until you remember the best part about glycans in mass spectrometry! All the stupid sugars have the same stupid masses!

Is it a serine GlcNac? Or a serine GalNac? I dunno. It has the same exact stupid mass. If you really try with optimizing the fragmentation, the distribution between the fragment ions will look a little different. Fortunately, which one it is doesn't matter to biological systems!

Living systems can be annoyingly particular about what sugar isomer is where! And with this system, I don't totally understand, you can selectively label O-GalNacs and tell them apart, not only with mass spectrometry, but also with microscopy!

I don't have to understand the labeling methodology to get that this is a potential game changer that can light up big questions in biology!  I'm so confident of that fact that I only skimmed that part of the paper.
Posted by Ben