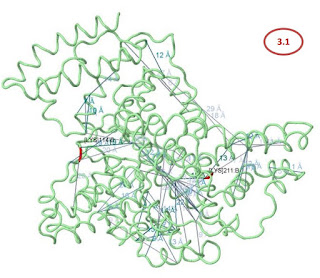 I've rambled on here a lot about how crosslinking recently. And I am absolutely in love with the new reagents and XLink 2.0 software and the soon-to-be-released Xlink nodes for PD. Crosslinking experiments have never ever been easier than they are now.

However, lots and lots and lots of crosslinking studies have already been done and been publicly deposited. AND there are some of you out there who have been way more successful with other crosslinking reagents and 3d structural work without fancy reagents than I ever have been!

CLMS Vault is an effort to bridge the gap between different crosslinking studies and software and techniques to integrate all these data into a single user interface. You can check it out in this new paper here! 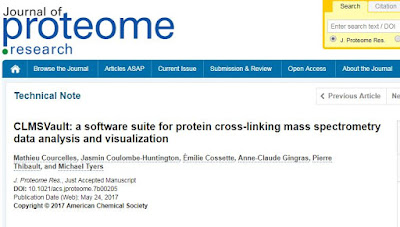 While a demo version of the software is available online with nice instructions and a web interface here. I think the only way to get the full version for full use is to download the Python package. You can get that here.

There is a lot of value in this package, but the thing that stands out as the most powerful in my mind is the meta-analysis prospects. If you are studying a protein that is ridiculously important and mysterious -- p53 would be a good example -- this platform would allow you to integrate the work that you are currently doing with the crosslinking work that previous people have done.

I haven't checked to verify these techniques are compatible or if the files are all publicly accessible (this is just an example), but wouldn't one platform be useful to see if your files and results from your crosslinking study are complementary with the results from
these,
and these studies?

Yeah, it's Python, but you can learn how to load and run a Python package this nice in a day or two -- or find some nerd that can already do it in that same amount of time. Imagine if doing that would allow you to see that someone previously replicated your interesting finding and how much better you'd feel during the 6 months you are about to spend trying to validate it or explore it further?!?

Disclaimer: I don't have hands on with this software, I only scrolled through the demo and user manual -- I just think the idea behind it is fantastic!!!
Posted by Ben