Mass spectrometer on Curiosity part I, the disappointment... 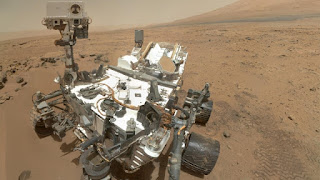 If you've been following the NASA Curiosity project even a little, I'm sure you head about the recent statement and subsequent let down of the "history books" statement regarding Curiosity's recent discoveries. Prior to the let-down, I began to seriously wonder what real capabilities the mass spectrometer on the SAM (Sample Analysis at Mars) had for detecting life.  What I've found so far has been a little disappointing.

While Curiosity does carry a mass spectrometer, it doesn't appear to be a particularly advanced one, as the sensitivity of the instrument may not be any more than the instrument that arrived on the Viking 2, which landed on Mars in 1976, (3 years before I was born)!

There are advances, obviously, but according to the article from Jeff Bada in the link above, these advances are all in the sample preparation and ionization.  My guess is that these are advances to help combat the potential false-positive test that the Viking landers were so famous for, but are actually still a little controversial (link to be added when I find the paper...)

Part II will address the actual capabilities of the MS device and what it can/cannot detect.
Posted by Ben