Which is better? SWATH or iTRAQ on a TripleTOF? 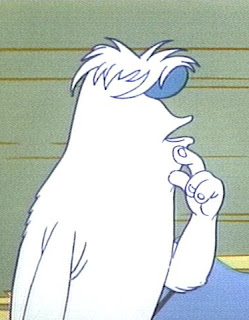 A colleague is a little late for a meeting, or I'm early. Since I don't think the latter has ever happened. I'm gonna assume she's late. While I'm waiting I ran into this study that just popped up on Twitter!

Its from Trayambak Basak et al., and is (pay walled) here.

What this team aims to answer is: which is better, iTRAQ analysis or the patented DIA method commonly referred to as SWATCH?

For a model system, they prep some yeast, label part of it with iTRAQ 4-plex and do 2D separation with SCX followed by 99 minute gradients. Looks like they do 7 fractions. So something in the range of 10 hours of total run time.

This half day of run time yields them 800 or so quantifiable proteins. The DIA analysis gave them a similar number.

They compensate for the requirement in the DIA to use 50ppm mass tolerance and only 6 fragments per ID by requiring 2 peptides per protein. This definitely caused a decrease in their protein numbers, but I think its essential here. 50ppm mass tolerance is pretty tight on a smaller MS/MS fragment, but if you're looking in the higher mass range then the tolerance is gonna get kinda wobbly (fortunately, even in a busy DIA window, there is less stuff in the higher mass range typically).

In the end they have a nice Venn diagram that shows the 2 techniques are very complementary. iTRAQ picks up some that DIA didn't and so on. They end up with something like 1500 quantified proteins.

So, if you have a TripleTOF and you want to get the deepest possible quantitative proteome coverage, you should prep have your sample for iTRAQ and do SWATH on the other half to get down in the grass!

I like this paper because this group said "hey, we've got an older instrument and there are a lot of them in the field, how do we use the tools we have available to get the most out of it?" This is super valuable!  Look, its really cool that Josh Coon's lab can get 4,000 yeast proteins in a 60 minute run on a first generation Fusion. That's awesome. But there are a lot of old instruments out there and sometimes you are stuck with the technology that you have. Funding agencies don't exactly hand out Orbitrap Fusions.

You'll never identify 4,000 proteins in an hour on a QTOF...or an ion trap....or on a sector insturment ... But that doesn't mean you can't do good science. This study shows the potential for the older technologies. You have to be smart and do good science up front. It may take you two to three days of runs to get those 4,000 proteins, but if you put the work in you can eventually get deep coverage.

A blogger with a Finnigan LCQ approves of this study.