STOP. Do not phosphoenrich another sample till you check this out!! 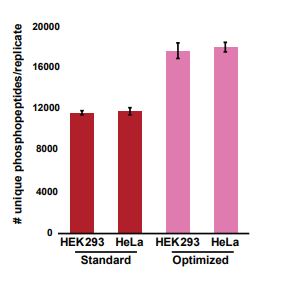 WHOA!!! Some of y'all have spent a good part of a million bucks to double your phosphopeptides. What if you could just about do it for free?!?! What if it just requires switching your solvents around and adding an enzyme to degrade the DNA/RNA?  That's what they show you can do here! 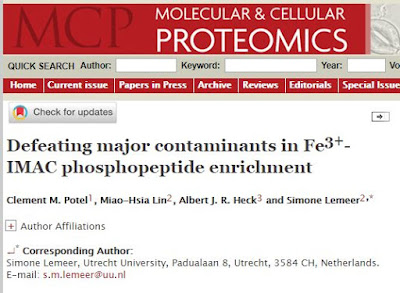 What you're doing is just switching up the protocol to drop the amount of crap that is also sticking to your enrichment column. 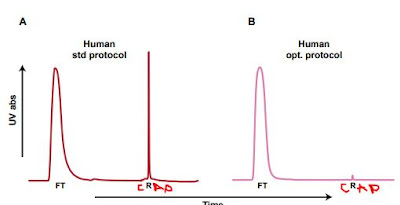 A has a lot of crap! B has WAY LESS crap! And that's all there is to it, your instrument spends less time trying to sort out your already-difficult-to-ionize-and-fragment phosphopeptides from a bunch of other stuff and you get more IDs.

As a side effect, maybe missing all that junk is a great way to further preserve column life and keep the instrument cleaner longer.