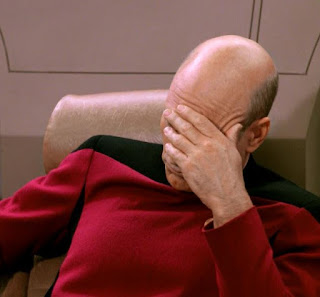 Thank you to everyone who popped in to hear my 4+ hours of sleepy incoherent rambling about how Orbitraps work.

Important erratum: During a discussion on the potential promised by the experimental NeuCode reagents I mistakenly copied an image that was NOT NeuCode. I then, very sleepily, tried to figure out why I hadn't cited the paper -- cause the slide was from something else entirely.

This slide has been corrected and clarified and this section will need to be deleted entirely from the video recording. No slides have been distributed from the talk, so I don't have to worry about a big and embarrassing mistake being shown to anyone. So...I've got that going for me!

This talk was not officially sponsored or blessed by any representative of any corporation of any kind and was not a responsibility of my day job. I have evidence, cause I had to spend Sunday and late Monday and Tuesday nights doing my day job so I could put on the talk. Hence why I was sleepy enough to put an image that made no sense to the talk at all into the slide. The proof is on my FitBit sleep tracker....

To anyone this slide annoyed -- I'd like to apologize. I need a proofreader!
Posted by Ben