Dynamic exclusion -- which camp are you in?

I've noticed in my traveling that there are 2 very distinct ways that people set up their dynamic exclusion settings.  I've taken to referring to them as the two camps.  Here are some really crooked illustrations with somewhat arbitrary and not-to-scale numbers on crooked bars.
Camp #1:  The two-timers 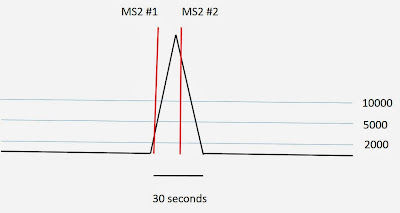 The two timers will set their dynamic exclusion so that every prospective peak  has a possibility of being fragmented twice -- once at low threshold, then again near the peak apex.  This is done by using a low MS/MS triggering cutoff (think 2 E3) and then doing a repeat that approximates the half-peak width.  The illustration above demonstrates the ideal circumstance.  One MS/MS event at an intensity that may or may not give you a good fragmentation spectra, followed by a second that most certainly will. 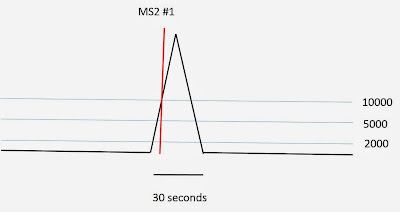 The soloists give their instrument one shot to get a good MS/MS spectra for searching and then move on to the next target.  In general, I see the soloists using a higher target value than the two timers.  The benefits here can be big.  If you only fragment each ion once and it fragments successfully the first try, then you can fragment double the number of ions/run as a two timer using otherwise identical conditions.  The downside occurs when that one fragmentation event isn't enough to efficiently ID your peptides of interest.

Now, this is the end of this for me.  I won't tell you which camp I'm in, because I can too clearly see the benefits of both and I struggle with it every time I set up an experiment.  I just wanted to clearly identify the two groups so that we know what some people are doing and to set the backdrop for the experiments I'm currently planning to perform.
Posted by Ben