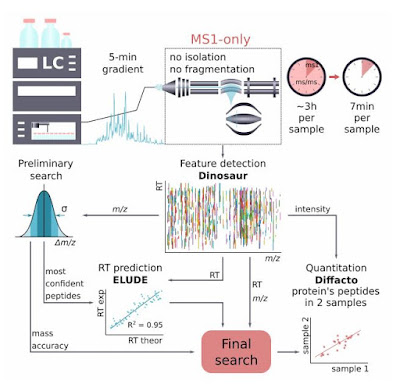 You knew this was coming, right? We've been working our way back this direction the last couple of years -- and here it is. 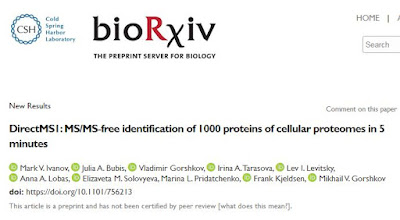 What is "match between runs"? It's essentially just MS1 based identification.

That's why BoxCar retrieves so many identified peptides/proteins. It increases the S/N and increases the number of MS1 based identifications. You lose MS/MS -- because it relies on MS1 based libraries. It seemed inevitable that we'd soon see the intelligent application of stand-alone MS1 based proteomics, but -- I'll be honest -- I didn't expect the data to look this good.

The idea of using MS1 exclusively for your peptide/protein IDs is not new. Peptide mass fingerprinting was described during the FIRST SEASON of Walker, Texas Ranger.

Some people in Washington were doing MS1 based ID quan in proteomics on big Helium cooled magnet systems and ultra-high quality HPLC systems before the first commercial Orbitrap came out, but as good as the resolution was, they were sloooooooooow and expensive and, I'd argue, the biggest weakness was that our understanding of the depth of the proteome was more than a little flawed. Now that we know that in basically every HRAM MS1 scan there is probably a PTM-modified peptide (or 10) and our libraries can grow up to reflect this...these approaches start to make more sense and false discoveries become somewhat(?) less ubiquitous.

These authors argue some additional points. 120,000 is a lot of resolution, and if you can get more than 4 scans/second, you can do some nice HPLC. And -- if we have learned anything in the last few years it's that the informatics side of proteomics that has been lacking -- in every area -- in every regard. (I do not mean this as a slight in any way to any of the great programs out there, but the people out there writing the new stuff aren't doing it in a vacuum. They're taking the traditional stuff, identifying the weaknesses, and fixing them. The reanalysis of beautiful old data with new better algorithms is basically what half our field is doing right now).

I can't follow all the weird Greek letters and all the Python scripts that this group has either developed, or painstakingly chosen for their daily operation from other groups (comparisons described in numerous previous studies) but I think think that this idea is definitely worth exploring and you should check this paper out!

My favorite observation from the paper might be that going up to 240,000 resolution did not improve the number of identifications over 120,000 resolution. The author's conclusion is that it's the relative loss in # of MS1 scans. In the end, the Orbitrap doesn't get any bigger when you crank up resolution. Any gains you get in resolving coeluting peaks is offset by the speed.

The deisotoping and peak detection was done with the Dinosaur algorithm. I only mention this now so I can use this as a valid excuse in my mind to use this great picture I just found. 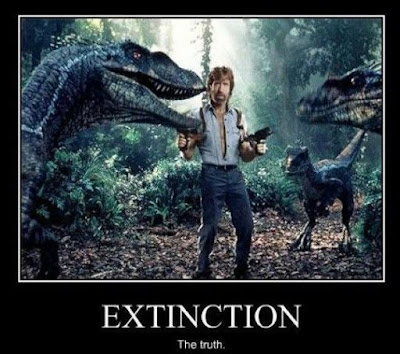