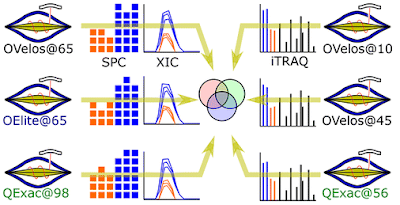 Once in a while I run into someone who heard from someone else that Orbitraps aren't good for quantification. 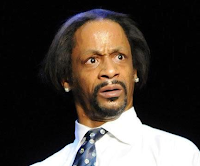 Our good friends at CPTAC decided to make the ultimate comparison. Over 1,000 (one-thousand!!!) LC-MS/MS runs. From different mass spectrometers. From different institutes. With different quantification technologies. On xenografts! (That's a human tumor grown on a mouse. You don't get much more variable).

They compared iTRAQ quan with XIC based label free quan (peak area integration) and spectral counting. What did they find? I'll just quote it.


"If laboratories deploy different methodologies to analyze the differences between the same two complex samples, then they will assuredly see differences in the gene or protein lists produced by the two technologies. The degree of conformity observed in this study, however, was encouraging. When label-free data were analyzed by spectral counting rather than precursor intensity, the differences yielded a high degree of overlap. When iTRAQ rather than label-free methods are deployed, the differential genes were again quite similar. These overlaps suggest a degree of maturity in proteomic methods that has grown through years of development along multiple tracks.
At base, biologists need to know that differential proteomics technologies can produce meaningful results. Our assessment showed that biological pathway and network analysis is highly consistent across instruments."
Right?!? Ben's interpretation: We're still getting a subset of the data in something as complex as a human tumor. We can bias this subset by using completely different methodologies, but even on the most complex human samples and experiments, we're at a point where we are HIGHLY reproducible. And this is the global/fractionated stuff....
Posted by Ben