How are isotope ratios on Orbitraps? 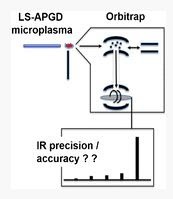 Something I occasionally hear is that "Orbitraps don't have proper isotope fidelity" or "TOF instruments have more accurate isotope reporting".

That doesn't seem right to me, cause SILAC and TMT always look great and we bank on those -- but they are relative abundances. Our friends in the small molecule world need absolute abundances and things. A common experiment that they demonstrate in San Jose is for an organism to be dosed with a heavy isotope drug and then they track the degradation of that drug through the body fluid of the organism by following the weird isotope ratios. (If all goes well, some friends are going to start a study like this here in Baltimore soon!)

That experiment seems like proof that isotope ratios on the Orbitrap are rock solid, but again, that might be lenient, right? Maybe just resolution and mass accuracy is enough to pull it off.

But then there is this App note (warning...this is direct link to the PDF) from about 10 years ago.  In maybe not-the-most neutral study ever, the anonymous author of the App note from one instrument vendor demonstrated that her/his instrument had better isotopic ratios than the Orbitrap. In a more neutral study..and...um...somewhat confusingly written paper seems to have found issues with some Orbitrap instrument. In a methods paper that is a criticism of the capabilities of a technology, it is difficult to tell which technology was employed (what Orbitrap is it? Definitely an Orbitrap Discovery [translation...oldest] was used. Maybe an Orbitrap XL. Hard to tell. Wait. Does it say "Exactive" in the method? It totally does. Did they use an Exactive? If so, why is there no description of the device or method used.  Sigh....I seriously need another hobby....

Okay. So we see where this "Orbitrap isotopic fidelity" stuff originates from.

Why am I rambling about it? Cause Edward D. Hoegg et al., decided to go crazy old school and check this issue out for real. And you know what?

What did they do? The Penultimate isotope ratio experiment.

The one that this guy would have done first day his Orbitrap was installed -- ionize some darned Uranium and shoot it in!

How'd they ionize some uranium? They used Liquid Sampling-Atmospheric Pressure Glow Discharge Microplasma Ionization. You can tell they aren't proteomics people, cause we totally would have come up with something better than LS-APGD. That isn't even a cool word.

How's it work? No clue. But it makes URANIUM GO INTO AN EXACTIVE!

What is cleaner from an isotope perspective than U235/U238? Nothing. What violates your warranty faster? (Just kidding. I don't know, but I can't imagine your FSE wants much to do with you at that point, lol.)

And the isotope ratios are rock solid. End of story.