When does the Orbitrap patent expire? 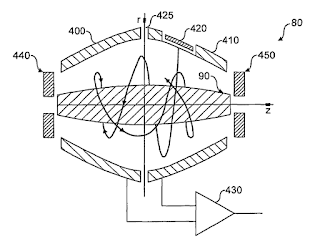 Quick lunchtime answer to a question that comes up once in a while...when does the Orbitrap patent expire?  A quick look on Google Scholar led me to US Patent 7714283 (here!).  That was filed in 2006.  Given general US patent laws as described in Wikipedia here, we have 20 years on the patent.  We're looking at 2026.

Something else to consider, though, is that the C-trap wasn't filed until 2008 in the U.S. and an Orbitrap doesn't work without one of those. Its also good to keep in mind that there a multiple patents detailing improvements to the Orbitrap.  So..even if the patent for the original device was up tomorrow you could probably only start building something like the Discovery in your basement!

P.S.This is the number of pages Google Scholar currently has for Dr. Makarov's patents....