Mass matrix: A free search engine with a bias toward HCD/FT scans 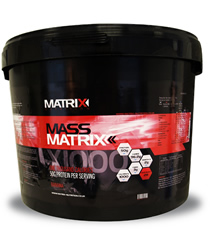 This week I was introduced to a free MS/MS search database system operated out of the University of Ohio called Mass Matrix.  This algorithm has evolved over the past several years and has been the subject of at least 7 publications.  I will have to explore this further, but this algorithm is particularly interesting to me due to its extreme bias toward HCD fragmentation data that is read in high resolution in an Orbitrap FT scan mode.  We discovered this bias when we took two files that were generated on an Orbitrap Elite from the same sample and conditions that were interpreted using three separate database searching algorithms. The files were generated Top25 based methods.  The first method was a Top 25 CID method and the second was a Top 25 CID High-High method, where the FT MS/MS scans were accumulated at 12,000 resolution.  Both methods generated around the same number of total scans ~75,000.
Both Sequest (PD 1.3) and Mascot (searched through the mysterious-to-me Elucidator platform) generated roughly the same number of peptide and protein matches for the two files (within 3%)
Mass matrix, however, demonstrated an extreme bias toward the HCD generated high resolution fragment ions, with >38% more IDs with the high-high method.
This is just another example of the importance of using multiple search algorithms to interpret results.  It would be interesting to see why this bias exists in this software, because I feel that you really should be seeing more positive IDs when employing higher resolution MS/MS scans.
Posted by Ben