Happy New Year! The blog will be back sometime soon! 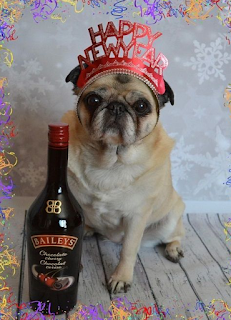 The blog is currently on hiatus. Conor (@SpecInformatics) and I submitted something along the lines of 14 different papers in 2019 and at this point, 4? maybe 6? have been accepted.

I've been buried under reviewer comments, resubmissions, snarky comments and general fatigue for most of the year, which -- to be honest -- hasn't been really good for this blog.

This blog is supposed to be an homage to YOUR work and YOUR successes when YOU've made proteomics better and faster and more impactful for medicine and biology (and dozens of other fields where I{or almost anyone else, except you} would never have considered that something as fundamental as precise estimation of monoisotopic mass would make a difference and YOU showed it could and would).

Now that I'm doing this all day, every day and trying to compete with you (geez...ya'll are good at this stuff), the blog seems to fall by the wayside at the end of each day in lieu of making pretty R plots and uploading stuff to ProteomeXchange partner repositories.

It isn't going away and this isn't even the longest hiatus I've had in the years I've been typing in this weird orange box, but I need to catch up on some stuff before I can dedicate the suprising amount of time this odd hobby takes.

I'm also currently in Central America and have had flu like symptoms for several days and -- well -- I'd be lying if I said I was 100% sure that I knew what I was typing right now, but I have this vague impression I'm supposed to make a joke about drinking Bailey's out of a shoe.

Anyway, Happy New Year! And thanks for filling my days with amazing stuff to read about!!!
Posted by Ben