I had a great talk this week where discussions ended up on BioTyping after hitting a few dozen other topics. Full disclaimer: I've never used one, am only vaguely familiar, but have always thought they were cool.

What I learned -- apparently there isn't anything magical about the hardware. They're just MALDI-TOFs with software and libraries. So...what if you had an extremely similar model you were considering getting rid of? Could you repurpose it for microbial ID?

Maybe? Again, a lack of familiarity with the technology might mean that the amazing open source software described in this recent paper actually does rely on having the correct configurations, but as best as I can tell it doesn't seem to. (Did I just have a sentence of one word and then follow it with a sentence of 40 words?)

I found this because the group that developed it just did a JOVE on it! If you aren't familiar, it's the coolest thing. It's peer reviewed videos. I'm about to submit one. You go through their library and find a method that you are a grand master of that they don't have in their library, then you put together a normal-ish methods paper. If they decide to publish your paper, they send a film crew to you so then you do the thing and they film you doing it.

It isn't the whole normal journalism thing where you put food coloring in test tubes and stare at something while you're pipetting. As an aside -- I've been lucky enough in my life to ruin several of these by doing something that well-meaning photographers didn't know was incorrect...such as pouring liquid directly into a centrifuge... 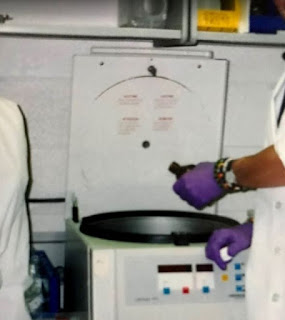 ...this was so long ago I can't swear that I really poured it or not, the photo kinda looks like the lid is still on....but I digresss...

You can get this amazing seeming piece of software here! It's got a GUI!