Slightly off topic -- the Thanatoscriptome.... 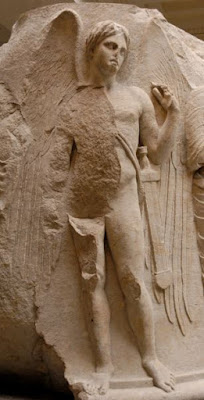 This is off topic, a little, but weird enough to me that I've got to share it. This review has not been peer-reviewed yet. I did my homework, though, and there are several papers leading up to this review that have been, so I'm gonna assume the review is okay.

The topic is the "thanatoscriptome" which appears to be a distinct pattern of genes that continue to be active after the death of an organism. One of the previous papers shows work in Zebra Fish and another in mice, but they've taken samples from dead humans as well and shown that these patterns are similar.

Weird, right? Cause I'm sitting here thinking of...where's the evolutionary pressure that would force something like that, then I realize that is probably a stupid thought. What we're likely seeing is a lack of evolutionary pressure to actively stop all mechanisms at a certain point. When an organism is under extreme stress during its living processes it makes sense to have stress response proteins (like our so-limitedly-annotated "heat shock proteins") persist as long as possible -- the organism's life might depend on it!  And at the point at which an organism is "dead" (whatever that means) it would be silly from an evolutionary standpoint to devote energy to stopping that stress protein.

Sorry for the stream of consciousness. I'm up super early (for me) and the cycle was: MIND BLOWN -- Caffeine slowly kicking in -- OH, this isn't as crazy as I thought, but still super interesting.

The most interesting part is the pattern, really. I'm sure they started off thinking "we've got a fast sequencer and we already spent a ton of money on reagents -- lets take a sample from this dead fish -- wait. that's not random...?

I have this note on the dry erase board in my office that says something cryptic in my awful handwriting "mass spec time of death." I'm wondering if those two are linked, or if that just refers to the how hard it is to find electron multipliers for the LCQ.,,,