Cause no one ever asked for it! My favorite papers of 2015! 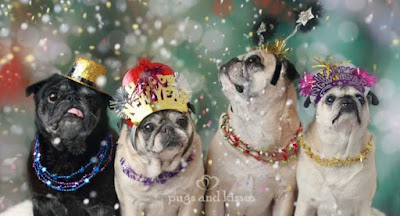 This is definitely my favorite post of the year. This is where I get to go back through this ridiculous hobby of mine and re-read my interpretations about the amazing work you guys are doing out there!  (An added benefit is that I get to fix typos, errors and even delete some of the dumber things I've typed.)

There was SO MUCH great stuff published this year. I know I only read a tiny fraction, but I now have 17 tabs open that I'm trying to narrow down. I'm going to start with the 2 that really stand out in my mind

PROMIS-QUAN -- The most proteins ever ID'ed in a plasma sample isn't some analysis where someone did 2D fractionation and 288 hours of runs? No, its one single LC-MS run?  When friends outside my field ask me how the technology is progressing, I tell them about this paper. I hope hope hope it is real. I feel equally impressed that this group came up with this and equally stupid for not thinking of it, because it is so simple and so so brilliant.

Intelligent acquisition of PRMs -- I really think PRMs are the future of accurate quantification. You get your ion and you know it really is your target because you have basically ever fragment of one species with accurate mass, typically within 1ppm or 2. Problem is they are kinda slow. So these crazies in Luxembourg go and write their own software so that they can intelligently acquire their targets based on the appearance of heavy labeled internal standards? This is a study that is so good, the PI makes this list even though he didn't respond when I asked him for a slide from his HUPO talk. Tie this in with a lot of mounting data that PRMs can be as sensitive or more than QQQ and you start to wonder what routine labs are gonna look like in the near future...

LC-MS can be both reproducible AND accurate -- The genomics/transcriptomics people get to eat our lunch sometimes due to the belief in general science that we aren't very reproducible. So a bunch of smart people get together and show that our biggest problem, as a field, may be that we don't have common sample prep techniques, cause if you prep samples the same way it doesn't seem to matter where your mass spec is or who runs it... 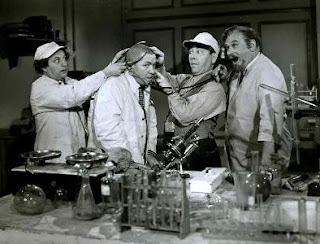 (within reason, of course)

How 'bout massively speeding up FASP reactions with mSTERN blotting, iFASP, or change gears entirely with the SMART digest kits?  Which one should you use? I don't know! I'm just a blogger. How 'bout a bunch of you smart people get together and decide which one and lets shake off this whole "proteomics isn't reproducible" bologna and get all the money people are spending on those weird, shiny (and crazy expensive!) RNA boxes.

Oh yeah!  On the topic of those RNA boxes, PROTEOGENOMICS!

Probably my favorite primary research paper on this topic this year (man, there were some great ones!) I can think of was this gem in Nature. We also saw several great reviews, but this one in Nature Methods was likely the most current and comprehensive one that I spent time on. Is Proteogenomics still really hard to do? Sure! Does it look worth it? Yeah, I still think it does, and it'll get easier at some point!

There were some proteomics papers that transcended our field this year as well. Probably the biggest one was the pancreatic cancer detection from urine that the good people at MSBioWorks were involved in.  Another one I liked a lot was the Proteomics in Forensics out of the Kohlbacher group. Apparently you guys liked it as well, cause my blurb on it was probably my most read post of the year. 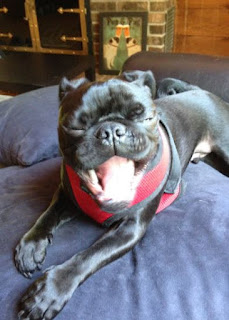 [Previously my opinions on another paper that were a bit negative occupied this spot. I chose to delete a few minutes after posting. Lets keep this positive! Insert Gusto instead!]

Now it gets a little random! Just things that occur to me this morning as really smart.

How 'bout going after non-stoichiometric peptides and PTMs?  When I mention this to people it still seems a little controversial but biologically it makes an awful lot of sense. This year we also either saw a lot more glycoproteomics because that field is advancing on all fronts or I was just more aware of it.  I think its the former, though. A great example was this paper out of Australia.  It was another big year for phosphoproteomics, with new enrichment techniques, incredibly deep coverage studies, reproducibility analyses, applications of quantification and even new tools to analyze all that phospho data!

Another one that sticks out to me was Direct Infusion SIM (DISIM?). If you need to quantify something fast, turns out you can direct infuse the target and you can get some good relative quantification. Makes sense to me, and they have the data to show it works, so why not!?!